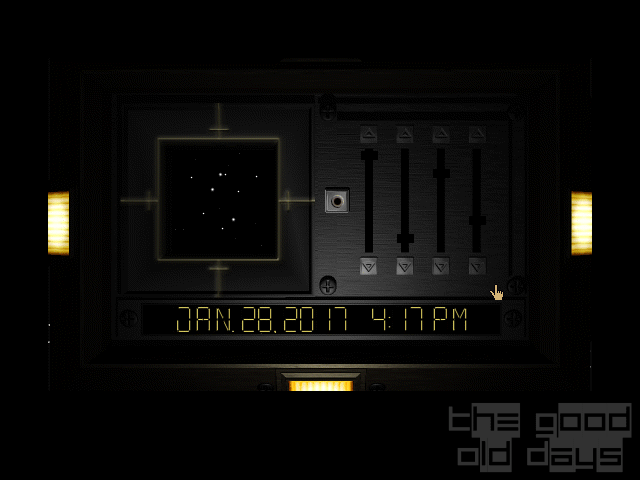 The best selling game of all time… well, actually, I'm not sure this is true anymore, with the market having exploded since the mid-1990s. At least it used to be. One of the killer applications which didn't just sell itself, but also the CD-ROM drives necessary to run it. A game I held a huge grudge against for two decades. Because its huge commercial success killed the Adventure genre I loved. Now I replayed it again. Water under the bridge?

What Myst did fundamentally different from what people were used to in the genre at the time was manifold. Instead of collecting objects and carrying them in your inventory for later use and meeting other characters to talk to, the player finds himself in a world which is… abandoned. Empty. Lifeless. In fact, you don't even know why you're there. You touched a book and zap… you find yourself on this strange island. Where you can/will tinker with stuff, just because it is there. There is nothing else to do, after all. 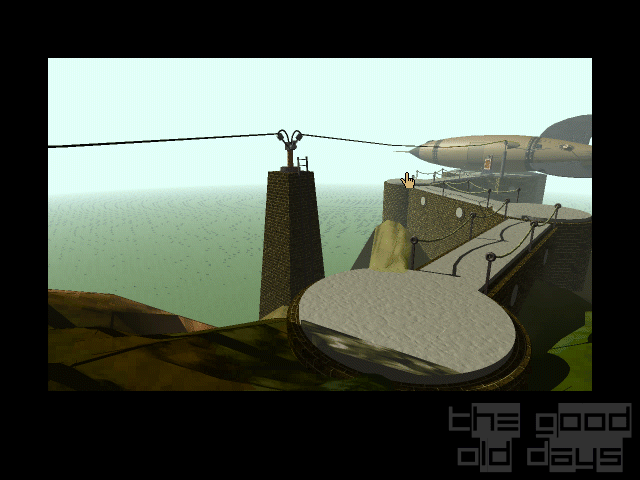 Wait, if there are no interactions with other characters and no inventory, what is there left to do? First of all, exploration. You find stationary items, which could reveal some snippet of information. These are handled in an extremely awkward way: usually, they arrive in the form of books which you then have to read through. Never, in the complete history of gaming, has there been a less organic way of getting information across to the player. If you find buttons, switches or levers, it's usually pushing or pulling time. Some effects will be obvious, like a closed or hidden passage opening. Though sometimes, the effects will occur in remote places and not be immediately apparent.

Other puzzles revolve around some slightly more complex manipulation of machinery. Specific settings have to be used to achieve certain effects – on scales which cannot easily be brute-forced. In such cases, the information can be found in another place for sure, but linking it to the right place and mechanism can be a challenge. It also happens that the game “zooms in” on some object which then turns out to be a stand-alone puzzle box. Though in retrospect, this is not nearly as frequent as my distorted memory assured me of before replaying (which was where the genre's reinterpretation unfortunately lead to).

Now, this could be considered a throwback to the very early beginnings of the adventure genre. Remember those text-/parser-based treasure hunts? True, Myst isn't completely unlike those (save for the lack of inventory). Though the better ones had included some human drama already as well already in the early days. From the late 1980s to the early 1990s, this had been the main focus of the genre. Before doing away with what had developed, maybe the makers of this game should have thought twice.

Sure, a weird thing to say under the light of the game's commercial success. Though why was that anyway? Well, first of all, machinery doesn't offend anyone. Nobody finds it unsympathetic. The ratio of interaction vs. just passively watching is excellent. And then, of course, Myst looked amazing at the time it came out. An alien world rendered in high-resolution, like (almost) nothing the world had ever seen up until then. Little speech snippets from the off or in short stamp-sized videos embedded into the scenery add to well-rounded production values. 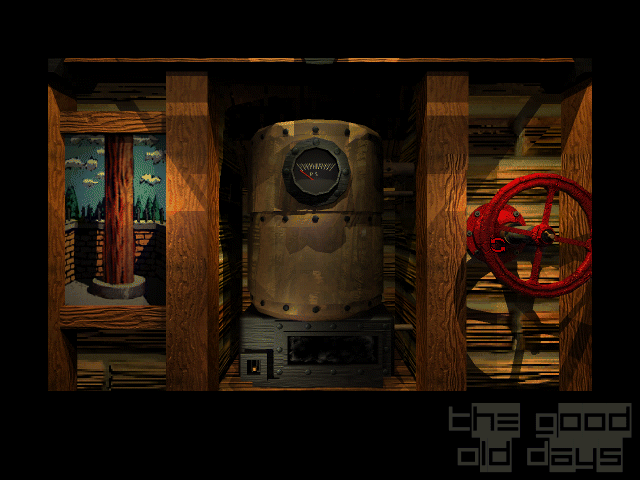 But of course, it is as it always is with yesterday's technical sensation. Playing Myst today, you get to see a slide show of static, completely sterile and lifeless pictures. Moving about, you have to skip through several useless intermediate perspectives on which nothing happens and which make covering even small distances all too time-consuming due to the noticeable lag on scene switch. Changing viewpoints on the non-predictable movement paths hamper orientation.

Now, not everything is horrible. Puzzles are generally more imaginative than expected and make the best of the limitations; the extreme laziness of later imitations which consisted purely of out-of-world puzzle boxes had not yet set in at this point. In a positive change from text adventure treasure hunts, the game world is fairly compact and only gradually opens up where necessary. So Myst is a somewhat decent game. Nowadays, I can admit that. Nevertheless, the main criticism remains: it's also quite dull. What anyone may find exciting exploring these islands, I really cannot tell, either. The notion of reading a Myst novelization (it exists, no kidding!) is absurd.

P.S. For novelty's sake, I used the probably rarest port of the game as the basis of this review. Technically, it is pretty competent work (otherwise, I would already have loudly complained about it at this point). I wholeheartedly recommend reading the account of how it came to be – more entertaining and certainly more thought-provoking than the game itself!

Moebius:
Never really played it, though heard of it a lot of course and seen some of the screenshots a number of times. Was gonna play it recently, though didn't find a quick way to run the original game on OS later than XP. There is also a desktop edition which came out in 1998 i believe, but that one too doesn't run on 64-bit OS. I guess i will either have to try DOSBox with pre-installed Win 3.1 or VirtualBox with XP.
[Reply] 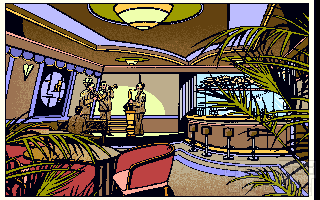