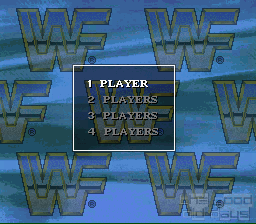 WWF RAW - the reference to digital showfights. The ridiculous wrestling-scene is presented absolutely serious. And that's good for all who are amused by clearly missing but apparently very painful hooks and for those who still can't understand why two wrestlers are trying to kill each other in the ring, but having a nice barbecue together after the fight (are there any?).

The prerequisites are set. Up to 4 human players can test their skills at the same time. There's a big selection of primitive fighting styles to choose from: the ordinary one-on-one, the classic “tag team” (two-on-two), the “royal rumble” (all wrestlers against each other) and special contests like the “survivor series” (vs. Several opponents simultaneously or in a row) and so on. That should provide enough options which can be further changed via 10 difficulty levels.

You can choose from well-known wrestlers of this “sport's” prime time. There are 12 fighters representing Good or Evil like Bret “the hitman” Hart, Yokozuna, Shawn Michaels, The Undertaker, Razor Ramon, Diesel and others, although their actual differences are mostly optical. The wrestlers have individual stats like “strength”, “speed”, “endurance” and “weight” but they don't have a real effect on the fights.

Once in the ring it's time for some serious stuff - the shouting audience (animated in 2 phases) wants to see blood and tears and it's your task to come up with. You'll get used to the controls quite quickly and then you won't have many problems executing all wrestling moves. They range from simple punches to mostly useless “special attacks”. To fight successfully you should choose basic moves like “suplex”, “bulldog”, “elbow” or throwing your opponent out of the ring. This traditional wrestling element has also been implemented. And of course you can knock out the referee so that your especially effective attacks with a trashbin or the obligatory folding chair outside the ring cannot be counted out by him. You can use the extra strong iron fence holding back the spectators to your advantage as well.

The wrestler's energy is, as in most fighting games, shown by a bar. When it's red or completely gone a wrestler can be pinned and defeated. In case you get into such an awkward situation you should press the buttons wildly to have a chance to get up again. This method helps in other phases of the fight, too, where two wrestlers are holding and strangling each other. After breaking this lock (by wildly pressing the buttons) you can then execute a certain move.

The grafics in WWF Raw are good, only the fighters look quite similar. The sound is also good: the fights are accompanied by appropriate audience sounds and grunts.

Altogether it's a very good wrestling simulation. In my opinion you can't achieve more with this game concept as it has its limitations. WWF Raw is fun but only for short games: there's no career-type game option besides the “tournament” (fighting vs. all wrestlers one after the other for the final fireworks). But you will still enjoy this game because of the genre itself and its well made compilation.

David:
good games!!
Mr Creosote:
This is by far the best fighting game I've ever played! Too bad it gets too easy after a while 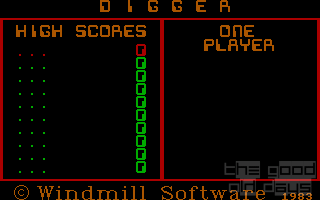