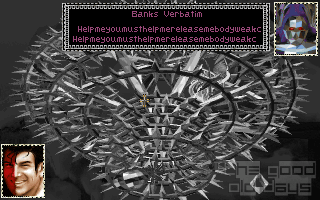 The time has come. The night of all nights has arrived, where I will dive into darkness. Evil awakens and a nightmare comes true: Dracula rules our city of New York and the lord of darkness is also the head of the local corporation for cyber-genetics, cyber-space, cyber-surgery, cyber-technology, cyber-weapons and cyber-surveillance. Appropriately, it has been a very long time since the city has seen any light; we are in an apparently endless night.

Unopposed, evil has occupied all important fields of politics, society and economy. I as professional hacker, outlaw and substitute crook have nothing more at my disposal than a small circle of loyal friends to keep the monster in check. All the more so since Dracula himself has introduced me into his dark society through a bite after I did some flirting with his beloved daughter. This is where my own journey into the world of the undead began. My thirst for blood is rising steadily and it is only a cyber implant which saves me from going completely insane and ram my pointed teeth into every neck I come across.

Many in-game screens later, I have actually assembled a small group of volunteers, semi-criminals and soldiers of fortune in order to make the mighty vampire feel my blade, stake and shotgun. Though the bad guy escapes into the depths of cyberspace and now I have to face his seven bloodthirsty mirror images in the realm of ones and zeros thanks to the mysterious and well-kept miracle software Incubus. Whether I will have saved the world in the end? Clearly NOT!

Admittedly, this game really grabbed me completely. So much unfathomable dystopia and darkness mixed with cyberspace topics is almost unheard of. The scare-fest is presented in a stylish and surreal setpieces. The dialogues and other in-game texts are an explosion of powerful language and neologism which surpass every science fiction novel. Overall, the atmosphere is really unique and I couldn't resist. The illusion of a dystopian, eschatological cyber world fascinates me to no end.

The plot elements actually contribute to a certain consistent believability. You will meet the members of a vampire hunting brotherhood called the Knights of the Red Cross who have established their own codex to deal with the overwhelming evil. Poor and sometimes drug addicted kids as well as failed outcasts hang around in Central Park. At a party, you meet a young man called Renfield who is a real fan of real-life vampires and immediately agrees to lend his apartment to put your obligatory coffin. And let's not forget about you filming an influential official of TransTechnicals with a lady of easy virtue in order to help the St. Patrick's cathedral of New York out of a sticky situation. Last, but not least, there is the boy who suffers from Hopkins-Brie Syndrome and cannot distinguish between virtual reality and what is really going on anymore. His kafkaesque illness provides a motif which is probably unique in modern computer gaming history.

The whole bog of corruption, violence, power, oppression, decadence, isolation and fear is, appropriately for the mid 90s, a reflection on the influence of new media on our lives and society as a whole and puts many of these things up for discussion and in question. Will we all run around using sensory enhancing implants or artificial steel muscles one day? Will we be sucked into cyberspace somehow and loose our souls in the endless expanses of this virtual world? Will the world inevitably become a worse place through all of this? Is finally only an immortal bloodsucker like Dracula really the one pulling all the strings?

All these questions come to my mind as I am massacring the bad boss Van Helsing together with my companions. However, the game does not offer a satisfying resolution.

The game elements at the top of the screen indicate my ever rising bloodlust and the degree of my inhumanity. Which reminds me not to bite innocent victims, because otherwise, I will become a monster myself. This puts some time pressure right from the start. The plot is complex and only slowly unfolds in somewhat topy ways and the demanding english in-game texts as well as the extremely hard to solve and mostly totally unfair puzzles do the rest.

So you drift with your avatar from the SoulBox – a kind of early “Internet connector” – through the allegorical cyberspace. This is where you can find so-called WELLS, stations inside cyberspace. Even just learning the appropriate access credentials take a lot of skill. Some WELLS have been shielded so well from any human logic that even the walkthrough only attempts to interpret a solution found by pure chance.

As if that weren't enough, the superimposed genre mix shoots way above the target.

Boring Adventure elements alone were apparently not enough. Whoever came up with the idea to spoil the little part worth playing with an unspeakable role-playing mode? As far as I'm concerned, the amateurish implementation of a fight system finally destroys the whole game and eventually launches the real apocalypse for the player. Granted, it does stress the element of the fight for survival and maybe is more appropriate for the scenario of the inhuman darkness.

Maybe so. But then, maybe make it playable, and not such an unimaginative abomination:

Place each figure of your party on the screen and use the right-click context menu to set actions such as wait, shoot or flee. Afterwards, just wait and see whether you have hit by chance or whether you have been hit. The fights occur automatically, without interaction or even action.

Though it doesn't even stop there!

After countless fights together with his party, protagonist Ransom Stark is on his own again in the final battle. On top of that, the horrible Dracula has spawned seven copies of himself using dirty software hacks. You would think that Stark can now take advantage of his painfully improved skills and levels from the role-playing character system. But as already hinted at above, no such luck. In order to win, Stark's only asset at the end is the amount of monster kills throughout the game. His character points and skills are completely disregarded. A pity for those who let the other five party members have their turn at monster bashing.

With such a blow from gameplay-side, there is no saving the world anymore, even if you have bravely waded through this molasse of unplayability this far.

LostInSpace:
Feel free to share anything about Bloodnet (1993) here!
[Reply] 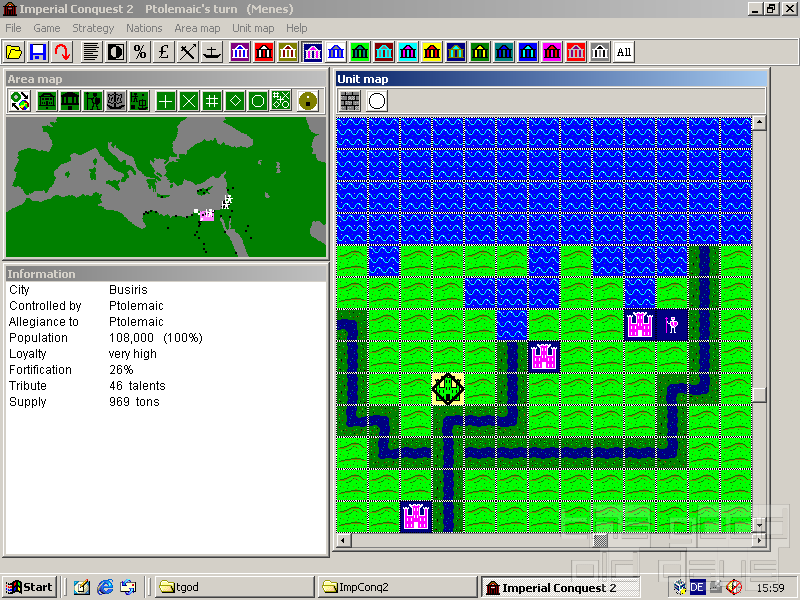