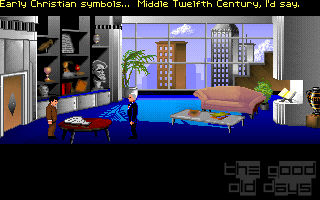 A great graphic adventure by Lucas Arts, based on the movie of the same name. You will have to help Dr. Jones to follow the clues of his father's diary to find the holy grail, solving puzzles and conversing with a great variety of characters.

This is one of the most innovative adventures of Lucas Arts, which expanded the structure of the traditional adventure by adding flexible points (called IQ, or Indy Quotient), a system that allowed the game to end in different ways. The scoring system was similar to that of the Sierra Entertainment games, however when restarting or loading the game, the IQ total from the previous game was retained. The only way to increase it was to find the alternative solutions of the scenarios (for example, to fight with a guardian instead of dodging it, or vice versa) and a maximum of 800 points could be reached. This system contradicted one of the most common criticisms of adventure games (which says that, since there is only one way to complete the game, it has no replayability). It should be noted that some of the alternative fights, such as the one that occurs with the assistant of the zeppelin in case you do not have a ticket, are practically impossible to pass, therefore the maximum IQ is difficult to acquire.

The game was originally released with EGA graphics; then it was updated with VGA graphics and an orchestral soundtrack for the FM Towns version; only the VGA graphics were ported to the re-launch for PC. The project was led by Noah Falstein, David Fox and Ron Gilbert.

The game box featured a replica of the grail diary owned by Henry Jones, Indy's father, who appeared in the film. Although it was very different from the one that appeared in the film, it provided a wonderful collection of information and also anti-copy protection.

It was also the first LucasFilm game to include the Look and Talk verbs. In some situations, a primitive system of dialogue was given in which the player could choose one among several phrases. This system of dialogues evolved completely in The Secret of Monkey Island and was used in the rest of LucasArts' adventures.

An action game, also based on the movie (Indiana Jones and the Last Crusade: The Action Game) was released at the same time, but the adventure found much better acceptance, sales and criticism.

Attachment: WIN_20200515_14_27_51_Pro-1589578154.jpg
Mr Creosote:
About the Venice library: The pixel hunting is bad enough in itself, but the worst thing in my opinion is that you don't even know you're looking for something (let alone what) in that situation. For a first-time player, there is no incentive to search the shelves at all, especially since the puzzle to find the catacombs is rather easy and thus quickly solved without much need for aimless wandering.
Vemperor:
Great Game, but you're right: I hated the same things. The fights were just annoying and it really bored me to search the bookshelf in Venice for half an hour jost to find all the hidden single books... Labyrinths ain't fun too, so it's just an average Lucasarts title...
Mr Creosote:
Feel free to share anything about Indiana Jones and the Last Crusade (1990) here!
[Reply] 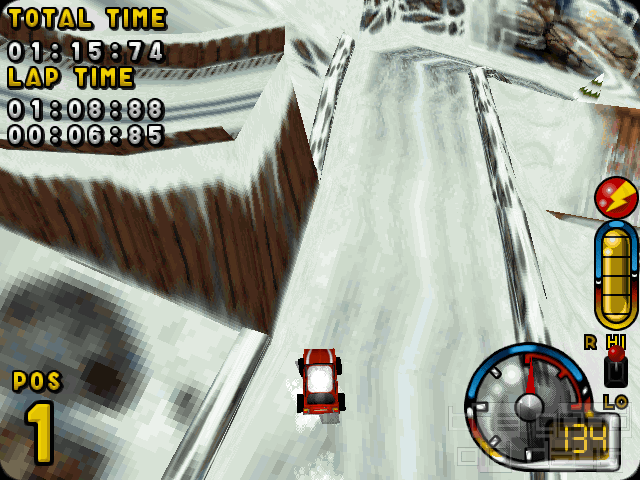