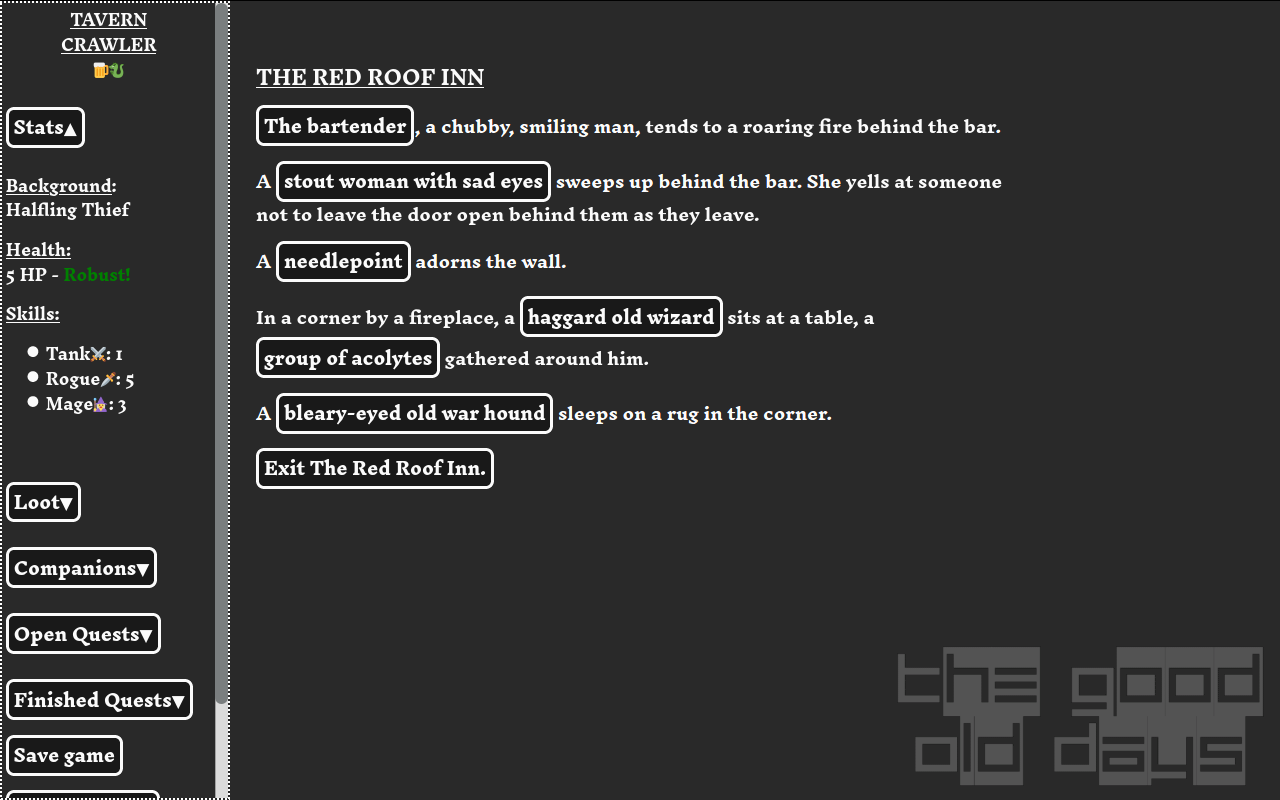 “You all meet in a tavern…” is an opening as old as role-playing games themselves. Even after decades of evolution in playing styles, settings and even formats, Ye Good Olde Inn still is the number one meeting place and quest hub. If you think about it more closely it actually makes sense: Lots of different folks coming together, being in a talkative mood either because they are naturally chatty or because they have been quaffing just one ale too much. An ideal atmosphere for sharing information and lending a helping hand. Where else can you speak so openly about all of your troubles to total strangers? Where else are you going to make hasty promises based on alcohol fuelled solidarity and overconfidence? Some might say it is a rather cheap hook, some might wish for a more personal character motivation and some might want to draw more attention to their elaborate backgrounds. Others might just create an excellent game about it, a game like Tavern Crawler.

It is an RPG that revels in the scenario mentioned above. Instead of running around in some musty old dungeon or crypt you are mostly moving from tavern to tavern. And instead of reaching the final level in order to slay some boss monster your main goal is to actually meet someone in a bar. On paper this might not sound like an overly serious idea but the game plays it straight enough – with a good amount of humour strewn in nevertheless – to make it work surprisingly well: You start drinking in a bar where you meet a wealthy looking fellow who promises riches beyond your wildest imagination for slaying a dragon. Just catch up with him in that one particular tavern afterwards. Too bad that you and your companions did not quite catch the name of the place. So after the deed is done, what else is there to do than traipsing around the local pubs and inns, searching for your employer? For one it is an ideal opportunity to celebrate your victory and for two: How else are you going to get paid?

The only part of the story that plays out like a more typical fantasy adventure is the opening prologue about slaying the dragon. Here you are introduced to the game’s mechanic and get to establish your character. A classical tutorial section mixed in with a bit of character creation so to speak. Afterwards you realise that things got turned around a bit and that the story has just begun. From now on you cannot simply fight someone to solve your problems. No, you will have to listen and talk to the people for once. In a nice twist one of the oldest chlichés gets turned on its head. One of the most interesting aspects about that change of pace is how it puts a much stronger focus on the actual role playing part, that is immersing yourself in the game’s world and acting as a believable character within. And the game does exceedingly well in this respect.

You get lots of chances to express your thoughts and feelings and in doing so influence others with your opinions and actions. And whenever it is unclear whether you have the necessary knowledge or skill to actually back up your decisions a couple of stats come into play. There are only three of them – tank, rogue and mage – which basically boils down to the question on how you wish to solve your challenges or in what kind of situation you wish to shine. You want to expose a charlatan? Hopefully your Mage score is up to it. You need to intimidate a bunch of wannabe thugs? Only if your Tank score is high enough. A bit more variety (how about priest or ranger?) or detail might have been a welcome addition, but overall this is a good compromise between keeping things simple enough that you understand the system instantly and being distinct enough to actually matter. So, as far as shaping and expressing your character are concerned things work out quite solid.

What gets you interested in actually doing so is the vibrant city and the lively characters found within. Descriptions and dialogues are written in an engaging way and get the mental cinema going. The words are short, sweet and to the point. The overall setting is outlined neatly between the lines, using exposition only sparingly while still keeping things clear enough. It stays true to the credo: Show, do not tell! E.g.: The game does not simply tell you that there is an evil queen who is tyrannising the country, but shows it in the eyes of its characters when they mistake you for an agent of her majesty. Fittingly the characterisation of the game world’s inhabitants is very strong. Even if the game did not use different colours for marking dialogue by different actors you could tell them apart by the way they talk quite easily. It is in their jargon, their explicitness and their emotions.

Two of those characters take a rather prominent role: your companions. And you will either come to love or hate them. As for the first option you can actually romance them in the usual fashion. Just agree with them on several topics, do as they suggested and well since this is a game mostly set in taprooms after all just buy them a drink or two. Things do neither get overly soppy nor too explicit and both of them are likeable enough that you might wish to get flirty. As for the second option – disliking them – the game outright tells you when you gain or lose favour with them, which might be a genre standard by now, but breaks immersion nevertheless. How about simply describing how they actually react to your statements, like how they smile, wink or frown, instead of saying “XYZ (dis)liked that.”? Either way: They are an interesting way to reflect upon your actions and once in a while they are rather helpful or even open up some conflict of their own.

Speaking of reflecting upon your actions: The game does not only offer you lots of choices but also shows you what comes of them. There is a very nice epilogue telling you what happens at closing time in each of the places you went to and what becomes of its patrons and owners. They can vary quite drastically depending on your decisions. Funnily the conclusion of the main story arc while not necesserraily bad or boring just takes second place compared to this. Maybe because talking and interacting with all those people you meet is so much fun. Seeing how you influenced them seems like a far bigger reward than any arbitrarily high amount of gold you could have gained or lost. Though being filthy rich might not hurt after all so why not restart right away and try a different path? Just go back to the tavern to meet a bunch of fascinating characters… 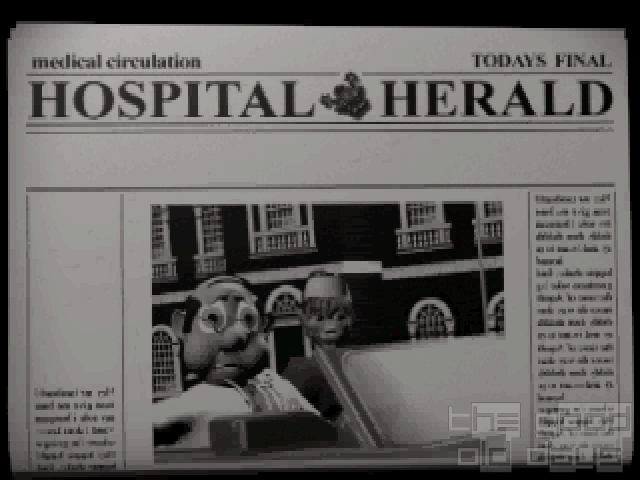