Aces of the Pacific
for PC (DOS) 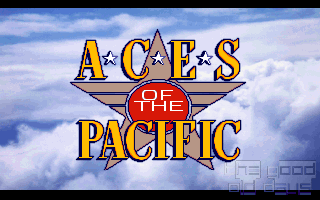 Aces of the Pacific is a very good air combat simulation which takes place in the Pacific in 1941-1945. A large variety of combat missions, airplanes, periods to start and realism settings guarantee almost infinite replayability.

You can relive all the epic battles which made the aircraft carriers to the predominant battle units of modern warfare. Pearl Harbour, Coral Sea, Midway or Leyte Gulf, just to mention a few.

At the start you can select whether you want to fly a single mission or start a career. The single missions are good for practicing the various types of missions which you will fly in the career mode. There are fighter sweeps, combat air patrols, intercept or escort bombers, strike ground targets or ships with bombs, rockets or torpedoes or you can even dogfight a famous ace. Then you have to decide which country you want to fight for, Japan or the USA. You also have the choice between Army or Navy Air Force or the US Marine Corps Air Force. This has an influence on the type of planes you can select. All important fighters and naval bombers are available. The most famous are perhaps on the US side the Hellcat, Dauntless, Lightning and Mustang and for Japan the Zero, Val, Kate and the Ki-84 Frank. Then, after setting some more options like weather or enemy AI, you can fly the selected mission.

When starting a career you choose your service and the time period in which you want to play. The Pacific war in Aces of the Pacific is split up in numerous campaigns which represent important stages or battles. They can last for just a few days (like Midway) or several months. Next you can select a squadron which determines the type of plane you can fly. Then all's ready for action.

Your missions are randomly generated. In the briefing you're informed about which objectives you have to achieve (striking an airfield, patrolling your airspace or escorting bombers etc.). When you have reached a certain rank you can also choose your payload (extra fuel tank, bombs and rockets or just bombs...). On a map you can have a look at the important waypoints of your mission. In the realism panel you can set various points like unlimited ammo, no aircraft damage, blackouts and several more which make the game suitable for beginners and experts alike.

Then the mission starts and you take off from your airfield. The graphics and sounds were very good for the time and are quite well even today. You can select several views out of your cockpit: front, back, the two sides and even up and down (?) which is quite helpful when looking for enemy fighters. You can also have an outside view which you can rotate and zoom freely (even more helpful for this purpose). Via autopilot you jump from waypoint to waypoint. Your flight is interrupted when you encounter enemy planes (mostly fighters unless you are on a scramble or intercept mission). In wild dogfights you try to bring your plane's advantages into play to shoot down the enemy. The Japanese fighters are much more manouverable but very vulnerable; a short burst can easily bring them down. The American fighters are more sluggish, but faster and can take a lot more punch. When the battle is over your mission success is evaluated and you get points and maybe decorations and promotion.

An important aspect is the possibility to fly dive or torpedo bombers. Both require lot of practicing. But unfortunately you will never have fighter escort so when you encounter an enemy squad it's almost certainly game over for you. If you want to play through a whole bombing career you must switch off aircraft damage. From time to time historical missions have to be flown. There you have the chance to prove that YOU could have prevented your carrier's sinking or the other way round.

Overall Aces of the Pacific is a really good simulation with just a few minor negative aspects, IMHO far better than 1942 – The Pacific Air War. So if you're a fan of aerial combat simulations - go and get it! It's truly worth the download.

Yeah, I got this on a smackin new dx2 with 8 megs a paradise vga card and a sb.
Absolutely loved the game..

Robert (2000-12-16):
I recall playing this on a 50MHz computer just prior to the first Pentium chip coming out. It is an excellent game that only could have been bettered by allowing network/internet play.
[Reply] 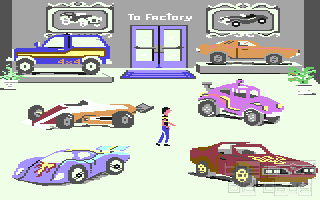