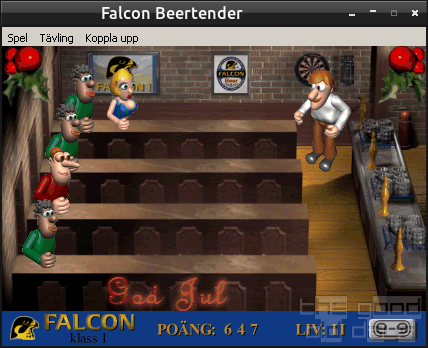 Tapper, even in its original arcade version, has always been a promotional game: the player didn't just serve some anonymous beer to his customers, but Budweiser specifically. Which didn't stop the game from being marketed commercially; of course, kids still had to pay to play. Over the decades, this culture changed a little. With the advent of home systems, the wide availability of development frameworks, capable operating system APIs and an abundance of developers as well as cheap data transfer media, promotional games coming with a price tag slowly disappeared, replaced by 'free' ones (i.e. without costs).

So Tapper, after most of the official home versions had replaced beer by lemonade or other less controversial drinks, got back to its roots and became Falcon Beertender – Falcon being a Scandinavian beer brand (the brand probably being more recognised through this game rather than the actual product internationally). Meaning that this version restores the original intention: highly exophthalmic patrons turn into aggressive zombies, losing control if they don't get their beer in time. A deadpan, biting satire of the estranged state of human beings in our society!

Though of course, the satire doesn't stop there. The capitalist system also gets its pounding. If the oppressed bartender, obviously suffering from severe depressing, drops just one single glass, he is immediately fired – or worse, because whatever happens after 'Game Over' is wisely left to the player's imagination. It is only appropriate that collecting meager tips left by some patrons is the only thing which is optional in the course of the whole game.

Artistically, Falcon Beertender is a triumph. While it may look like a pale imitation of the original at first glance, one has to acknoledge that the distribution model enabled a much wider availability to the downtrodden masses. It is the Tapper of the common, hard-working man on the street!

This review has been moved to the archive. Entry remains for reference.

Mr Creosote:
Concerning the game's size, consider that the original, Tapper, is a commercial game. Though I must admit I'm convinced this licensing tag is actually a mistake on our side; Beertender is a freeware game. Unless anyone brings up proof of the opposite, I will change it in the database.
Spartax: 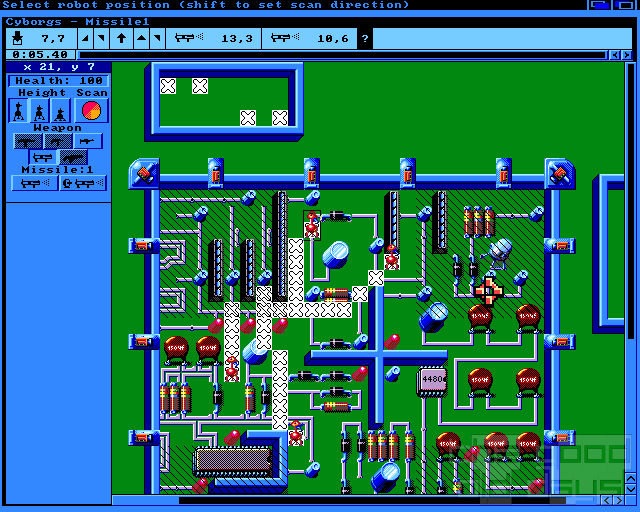