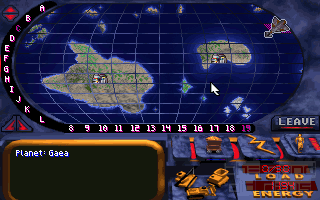 The seedship Calypso arrives to the Beta Solaris system, where the colonists of the more advanced Tantalus seedship are awaiting. Only that they are not there, just leftovers of their colonies spreading around all the planets and moons, mixed with hints and references to a hidden danger.

A strategy game with story and exploration is what you have here. The main objective is surviving, and for that you have to build colonies. They produce, and require for the maintenance of buildings, five things: minerals from factories ordered to mine, energy from energy plants or factories siphoning gas giants from a space-station, life support from habitats, people from more people if things are going well and robots from factories (which can also build spacecrafts).

Managing those resources is vital, you can send them with your fleet from one colony to another through pipelines or use them at the place but you will have to take care of having a good balance of different kinds of buildings and enough resources where the research labs are, as they consume a lot.

Investigation is essential, some of the researches end in nothing, other require you investigating more things before becoming useful and all will take a good deal of your time and resources, but what they give will ease a lot all the work. Mainly because it will mean more fuel and cargo capacity for your spacecraft and improving your buildings (that is done expending resources and a time during which it is offline), but also because the sooner some investigations end the sooner a danger will disappear.

Exploring the solar system is another thing you should employ your time in. The spacecrafts can detect resources, including research resources, which come along a short description so you don't wonder how you found mathematics in a lost island. And with improvements they will show too places where colonies can be built and points of interest.

You control them directly on the planet's surface, giving orders for moving to another place in other situations. And you will do it a lot, if you wish to find vital information on what happened and what is going on, along with some more research paths.

All of this can be a lot of work, but even thought it can be repetitive it's also fun, mainly because you are always working towards a goal, against a danger. The plot is continually advancing, even thought what starts new events seems somewhat random it's always there, awaiting as the note remembering you the next place to explore in your PDA, the messages of your consulters, strange events or the alien legacy and it's nice and entertaining, even thought the few branches made it very linear. 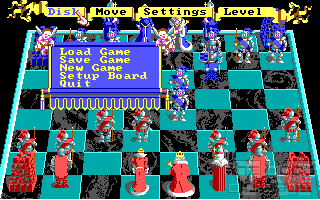