When I saw this game in the Interactive Fiction Competition, I knew I would end up writing a review about it. Regular readers will know I'm a sucker for time travel stories. Although there are many different approaches to designing such a mechanic and weaving a plot around it, it is (in the good cases) always such an inherently logical construct which I can't help but admire!

15 Minutes puts the player in the shoes of a university student who has botched up an important physics exam. As it happens, his professor has been conducting time travel experiments and to fetch the university president to get the protagonist expelled once and for all, he leaves him in alone in a room with the time machine… well, what better chance to get out of this than to use it and change to present so that he has passed, after all?

Now, the obvious solution would be to go back at least to the beginning of the semester and study hard to take the test again. Though where would be the fun in that? To avoid such attempts from the player's side, the game subscribes to a very special kind of time travel philosophy: the past is immutable, i.e. there is no way to change it. The test has been failed, there is no way around it. Replacing the evidence, on the other hand, would be possible.

To give the player some guidance, another time travel rule applied in this game is Once DONE a thing MUST ALWAYS have been (will be) done!. Coupled with the fact that there are no diverging time streams and therefore just one universe (i.e. the opposite of The Man Who Folded Himself), several other incarnations of the protagonist begin to appear in the game, doing various things. So now, it's the player's task to decypher what they're doing, 'become' those characters and repeat those actions.

Sounds easy? It's actually quite manageable for someone who observes closely, is able to add and subtract timestamps and knows how to transform numbers into the ternary numeral system. And then, there are a couple of smaller pitfalls. When protagonist incarnations appear out of thin air, things are obvious, though when their initial appearance can't be pinned down exactly, basic linear algebra to backtrack is required as well.

By now, it should be obvious that this is a bit of a nerd game and I found performing these calculations to be quite fun! That is because things never become too complex, but they are complex enough to give the player a sense of elitist accomplishment once things have been figured out and the game progress confirms the correctness of the formulated plan.

The only minor quibble would be that for a game which puts such importance on exact timing of everything, a little bit of fuzziness creeps in as far as the progress of time related to certain actions is concerned. The game makes a very earnest attempt to not frustrate the player by allowing a number of actions without the clock ticking away. However, especially when it comes to the very moment of a time jump, off-by-one errors happen just a little too easily. Just think about it: if one turn equals one minute, when will the minute of pulling the lever be allocated – before or after the time leap?

Don't worry if this makes your head hurt – you're not alone. Yet, the payoff will come, in one amazing moment when the final piece of the puzzle falls into place and you are handed the key which, as another character incarnation, you've already been using before. The perfect ending for such a story and such a game! 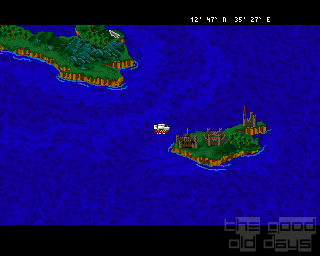