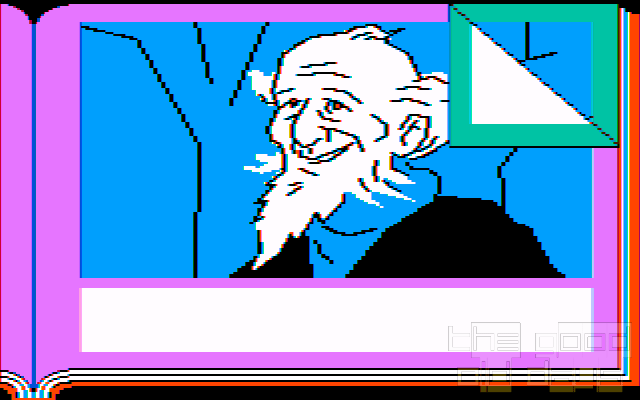 ZorkQuest's genesis has one major differentiating factor compared to the previous two Infocomics. Although initially roughly plotted by Dave Lebling, he dropped to work on Shōgun. At this point, it was instead given to Elizabeth Langosy. She had been with Infocom since 1983 in various marketing related functions. She recalls: 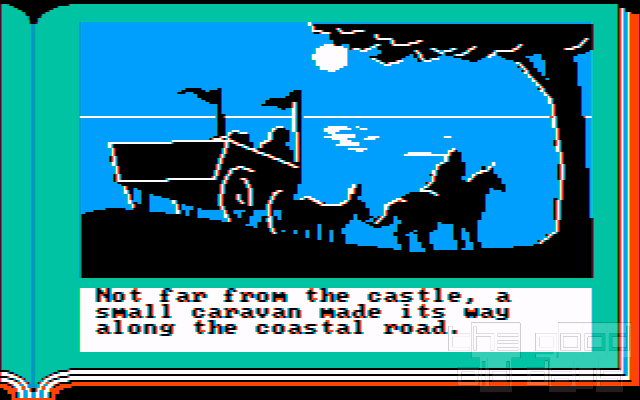 “When I started working […] at Infocom, I immediately became hooked on the idea of interaction fiction and wanted nothing more than to be a game designer.”

Though it took until 1988 that she was finally given her chance. Meaning the amount of enthusiasm put into this series can be considered well above the other two.

The basic plot is pretty standard sword & sorcery fare. Although formally set in the Zork universe, there are no specific lore or world references. Instead, the readers follow a colourful group of cliché fantasy archetypes (the bumbling magician, his shy apprentice, the lusty ranger, the greedy young maiden…) on their way to a city. As they take camp for the night, an evil magician's underlings kidnap the damsel and now it's up to the remaining group to rescue her.

While this may not win any prizes, quite some care is visible on the characterization angle: “Personally, I was interested in the characters Dave had concocted, and I built them out and spent a lot of time thinking about how each of them would approach what came his/her way. To me, each of the ZorkQuest Infocomics was as much about the characters as it was about the plot and the Zork universe.” 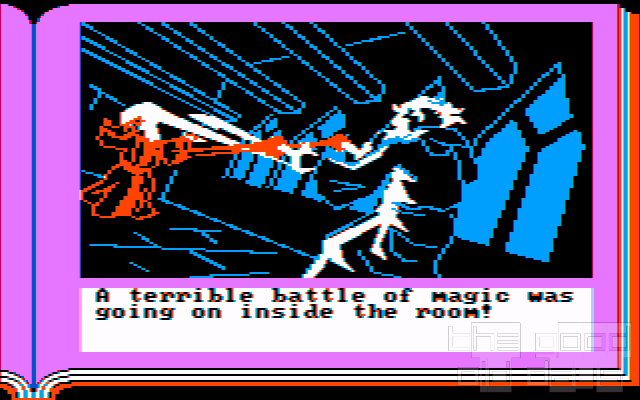 …with fairly moody imagery at times

On the surface, ZorkQuest more or less just uses the branching scheme so that the reader can choose one character and then see the whole story unfold from this point of view (instead of the constant jumping of Gamma Force). Though different from Lane Mastodon, it nevertheless shows largely the same scenes regardless of selected character. Just that these scenes subtly change depending on viewpoint.

This reflects in inner thoughts being disclosed to the reader, but also changes in observations (what one character notices may not have been seen by another), wording and interpretations. To give an example, before evil strikes, the wizard tells the history of the castle by the campfire. Each character will retell this story to the reader, but set different focus when reproducing a summary.

The story proper being quite short, going through all viewpoints is not a large investment in this case. Much more than for that story itself, it may be worth it to observe the rather elegant approach at implicit characterization taken. At least for those interested in storytelling technique. 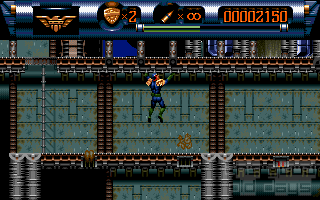