The Dig
for PC (DOS) 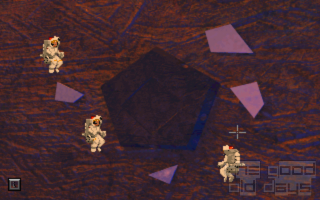 The Dig - an experiment in megalomania. An epic science fiction adventure based on an idea by Steven Spielberg, made by the guys who made Star Wars (well, not quite). Special effects by Industrial Light and Magic. The hardest puzzles in a Lucas Arts game since Indiana Jones and the Fate of Atlantis. Isn't marketing great? Here's an experiment: Let's judge the game exactly according to all the marketing slogans they came up with then.

Based on an idea by Steven Spielberg

Quick recap of the scenario: A meteor is approaching earth, and a space shuttle is sent up to to blow it off its destructive course. The crew finds out the meteor is really an alien spaceship which activates and transports them to another planet which is full of abandoned alien technology, but apparantely without intelligent life.

Seen countless times. Quite frankly, I strongly doubt Mr Spielberg's idea was much more elaborate than this, because even the king of cheese wouldn't have shot such inane dialogue and went over such plot holes.

First problem: There isn't a single character to identify with. The expedition consists of 'Commander' Boston Low, geologist Ludger Brink and journalist Maggie Robbins (who, as it is stressed in the intro, is also an expert on languages). All of them are dull and, at times, obnoxious. Low is basically a bland Doug McClure square-jawed hero type without any personality (don't get me wrong - I like some of McClure's adventure-type movies, but he was never the one to carry one). Brink is an arrogant prick with wild mood swings and an annoying pseudo-German accent. As for Maggie Robbins... what the hell does a reporter have to do on a mission to save the earth? Suspension of disbelief only goes that far. Ok, so the NASA doesn't have an geologist with experience in space flight, I can take that. But a reporter? What for? Oh, sure, very handy that she's with us now that we've landed on an alien world where we need to figure out their language...

There are two more people on the shuttle initially, but believe me - after being forced to listen to their featherbrained exchanges in the first scenes, you'll be glad to be rid off them for the rest of the game. Not that the quality of the dialogue gets any better, but at least you don't have to listen to that pilot's accent (even worse than Brink's) anymore.

The story paces along at this clichéd level. Arriving on the alien world, the first thing the three do is, as known from countless bad (but not so bad they're good) movies, to start a discussion about who's 'in command', and the game sports one of the lamest endings in gaming history. A total failure. If this were a movie and I had been the one who suggested watching it, I would be embarassed and feel sorry for the people I had taken.

...of course, only in cutscenes, and those have been rendered down to 320x200 and 256 colours, making them look good, but rather pedestrian. Not to mention annoying once you see them for the nth time. Not much of a problem anymore these days, but on contemporary hardware, even loading that damn tube sequence took ages - and skipping it was only possible after sitting through the loading time.

Anyway, in fact, I'm always happy with a 'classic' look, The Dig is refreshingly conservative. The old, proven technology is once again utilized in excellent fashion, making the game look very good. Forget about ILM.

Hardest, most complex puzzles since Indy 4

Well, that would have been a convincing one! The immediate predecessor, Full Throttle was basically a joke in this respect.

The 'one-click-does-it-all' controls of this game serve as a first warning. Of course, the puzzles are mainly concerned with figuring out, fixing and working alien technology. And, since Indy 4 had been made, a certain other game (which we called Mist back then, but you won't get it unless you speak German) had become the best-selling computer game ever. A game which favoured another type of puzzle than formerly usually found in Adventure games.

And of course, it turns out this highly advanced alien species (which, of course isn't all that different from humans, but that's alright, because puzzles would have been even more awkward otherwise) based their technology on Playskool designs with bright colours and basic shapes being used to control the machinery.

Sometimes, this is as simple as it gets, sometimes, it's very obscure. An example of the first: You find rods containing coloured 'bricks' and a lock can take the same combination of shapes - hmmm.... An example of the latter: You have to 'program' a probe to get an object and put it back in its place using a purely colour-based 'language'. This is pure trial and error, with too many combinations to brute-force it and too little feedback to really figure it out systematically.

So, again, pretty much a failure.

This game is horrible, move on. Ok, seriously: If you don't mind the stupid plot, can stand the (vomit- or laughter-inducing, depending on your mood) dialogue, and if you're also not totally against this kind of abstract puzzle, The Dig could keep you entertained quite well. If, on the other hand, you're into classic point & click Adventures, don't waste your time.

The Dig has much in common with the more well-known LucasArts adventures, using the SCUMM storytelling system and an even more trimmed-down user interface than Sam & Max Hit the Road and Full Throttle. Some well-known LucasArts personnel are also involved, with Michael Land providing a musical score based on Wagner.

The similarities end there though, as on the story side both Steven Spielberg and Orson Scott Card are credited. A significant departure from the light-hearted fare of the other LucasArts adventures, the result is a story with an uneasy mix of sentimentality and hard sci-fi themes.

The story is typical sci-fi fare, with our three adventurers deposited on seemingly deserted alien world. As they explore their environment in an attempt to find a way home, they discover everything is not as it seems. With an almost complete lack of NPCs with which to interact, the puzzles are more of the type seen in Myst than in the Monkey Island series.

For the majority of the game, the player takes control of Boston Low, square-jawed space commander. He's probably the most likeable of the main characters, but don't expect any deep character development here. In fact, all of the characters are pretty superficial.

So, the story's not up to much and nor are the characters. Thankfully, the game's depiction of an alien world is quite captivating. The backgrounds are gorgeous and represent the best of what's possible in low-res 256-colour VGA. Michael Land's score is equally enjoyable and is best described as ambient, the dynamic music system transitioning between different scores as necessary. The combination of music and graphics succeeds in transporting the player to a haunting, unfamiliar world.

Although the puzzles are reasonably logical there is a reliance on trial and error which means that it's easy to get stuck. For example, certain puzzles involve giving a particular object to one of your companions, but only in a particular location. Deciphering the game's alien artifacts requires a lot of random button pressing too. As a result, the likelihood of frustration is high. Thankfully, there is an official clue book to help the player on the way.

Ultimately, this is a short and flawed adventure with the excellent art and music we expect from LucasArts. Sci-fi fans will enjoy the storyline but everyone else will probably be left cold. Given its tortured development - no fewer than three teams worked on it over nearly six years - we should be glad that it saw the light of day at all. 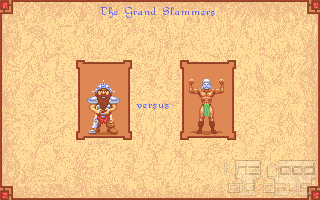