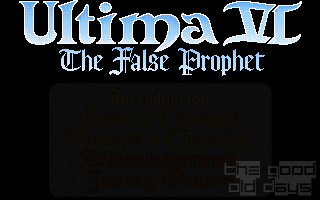 The avatar is summoned back to Britannia, but this time it is a trap set by the gargoyles, demon like creatures that have attacked the kingdom, starting a war that will only end with the death of the one they call the false prophet.

An invasion of monsters, solved with a genocide, is a typical story for role playing games. But this time you will have to find a pacific solution to it and so your quest will be for learning of the gargoyles, studying their language, and understanding their religion, which at first glance is contrary to the virtues. Your discoveries around this culture will show what the basic problem behind the war is.

Again, the game system has been changed. The most noticeable thing is that this time there isn't a small map and a big one, all the game is on the same terrain, which gives more realism, but makes the land smaller. Also the dungeons follow this style and they are no longer formed by rooms, but made of a single body divided in levels. The graphical improvement also affects the characters, now when equipping them you will see, instead of read, the objects you are carrying, and also be able equip them more easily as the game uses the mouse.

One of the more important changes has been for the characters, not only they now have a face, so you can look and recognize them and even see their name under the image if you have asked theirs, but also they have longer and improved speeches, along with a help option that marks the important words, and also the possibility of talking to your party members has been added.

The changes to the game have affected, and improved, the magic. Among the new spells is the possibility of making objects disappear, cloning characters, causing an eclipse, covering the floor with a spider web or stealing. And also here appears for the first time a particular spell that will stay for the next games, armageddon, that serves only for killing every living being in the world except the caster.

Also, again, there are new objects, things such as the powder kegs, for opening strong doors and chest that you can not break or lock-pick; gold nuggets, to change for money; fish-poles, for fishing; and little skiffs, that can be carried in the backpack. But over all of them the more noticeable is the moonstone, a magical object that allows you to open gates to several places of the kingdom.

The compass, potions, scrolls (that now are used to learn the spells), the possibility of carrying a weapon in each hand, the magical vision gems and some other things are still in the game, but others have disappeared, such as the different kinds of horses (which I never used) or the karma, that didn't seem to have any impact in the previous one.

Many little details have been added, thing such as books, cranks, sea currents that you can see and follow and many kinds of decorations. And also some big ones, such as the sound, that has been improved and at a difference from the previous, ports to PC, this game haves music; and the more important of the fights having lost nearly all of their importance, as you can finish the game without killing, if you use your equipment and spells well when travelling to the more dangerous places.

But also there is a new unwanted addition, bugs. Luckily, as far as I suffered them, they are localized and won't stop your game, just force you to restore. 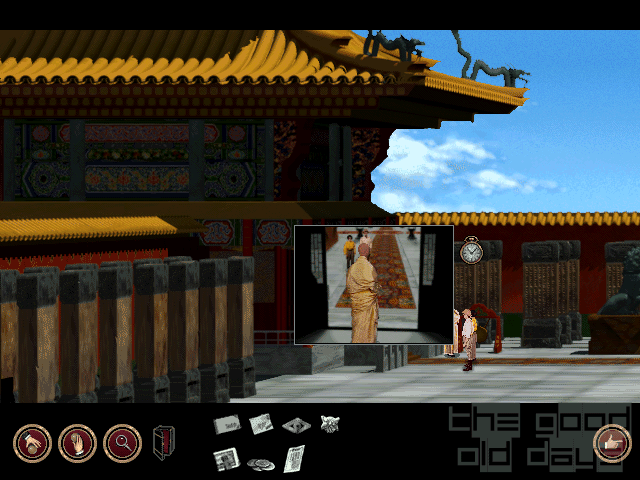