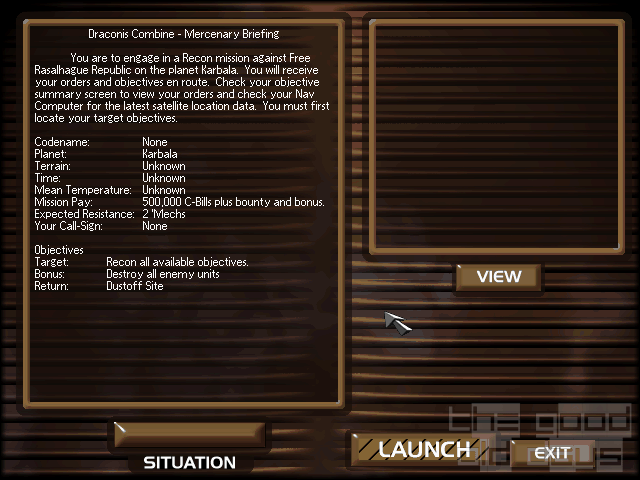 In spite of finally turning into a great commercial success, the long delay of getting MechWarrior 2 out of the door had disgruntled FASA sufficiently to not prolong their cooperation with Activision. The licence went to Microprose, where ironically, the production of the official sequel again went on for years after having been first announced. Activision was still allowed to produce add-ons to MechWarrior 2, on the other hand. Mercenaries stretched the definition of “add-on” to the extreme, being a standalone game. One could almost suspect this is where they would have taken the series for a third installment. 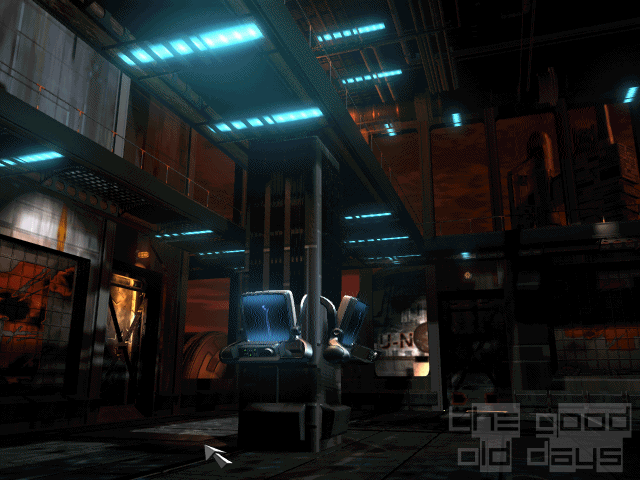 Mercenaries is to MechWarrior what Privateer is to Wing Commander. It opens up the tight campaign structure set in a highly organized war in favour of putting the player in a freelance agent role somewhere in the Inner Sphere. Starting out with a single light Mech, the immediate task at hand is to do work for hire. Earn money, spend it on upgrades or even a completely new Mech. Where necessary, hire wingmen (or whatever it is called in the BattleTech universe) to support you on particularly tough missions. Privateer being the much better game than Wing Commander, and considering that MechWarrior 2 had already been an amazing game, this put the expectations extremely high.

And indeed, the game delivers on many counts. Randomly generated missions exist as well as pre-scripted ones, driving the plot forward. Mech customization is further enhanced through salvaging the parts of defeated enemy mechs from the field. Being forced to pay for ammunition adds a new strategic element to the battles. This, of course, just being the tip of the iceberg of the overall economic dimension.

All that said, Mercenaries finally seems to be the game which fans can play forever. Never becoming bored with it. Though then, unfortunately, the expiring licence took a heavy toll on the game. The signs of a rushed release are written all over it. 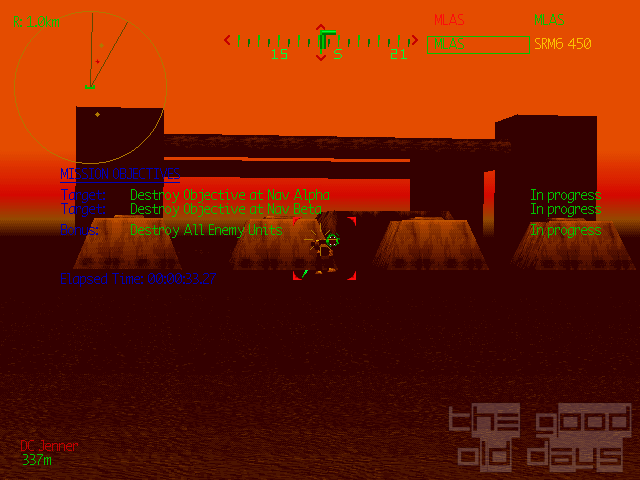 On a generic night mission

The main campaign, while interesting, lacks balancing. Some missions are brutally hard, and the game offers no way around. Often, it won't even allow to take some more random missions in preparation, in order to make some more money, get better equipment. Suddenly, the world which initially looked so open, narrows down again into a tight corridor from which there is no escape.

Speaking of random missions, there are only three types of them. Each assault mission, for example, always being made of the same few elements: one site, two enemy guard Mechs. How much development time could it have taken to spruce up the random mission generator? In this state, it seems more like a proof of concept rather than a finished feature.

This is far from being the only unfinished aspect of the game, however. The extremely useful schematic cockpit view of the original game has simply disappeared. The in-game reason given is that the Inner Sphere does not own this sort of technology. Just that when Clan technology does become available in the later game, the feature remains absent. The view mode is actually still in there and it can be re-activated in an out-of-game configuration file, but this reveals the real reason for its absence: the 3D models have not been completed. 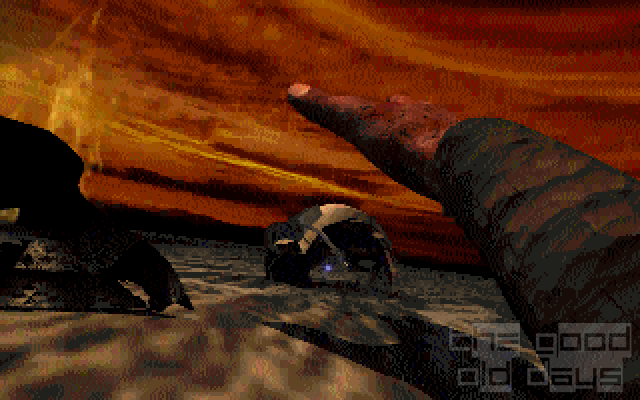 The end of a promising career

On top, the game contains one potentially game-breaking bug. All MechWarrior 2 games use an unusual hitbox model. The original game made it effectively impossible to hit the heads of mechs, as other mech parts virtually overlapped with it. While no big deal there, salvaging undamaged parts is a big factor in Mercenaries. Salvaging rights are an explicit part of each contract offered to the player. The developers tried to fix it… with a workaround which under certain circumstances makes it impossible to hit certain Mechs at all.

Ouff… Mercenaries promises so much, it's so incredible entertaining! Yet, its limitations are so frustrating. Yet, it may even have you run into a brick wall halfway through. And yet, I just can't stop playing! Because all those qualities of MechWarrior 2 are still inside. The atmospheric sound design. The close to perfect control scheme. The tense, short and sweet missions. The close feeling of actually being inside this hulking, heavy battle robot. Enhancing all this conceptually to great extent. It's so good, yet could (and should) have been even so much more! 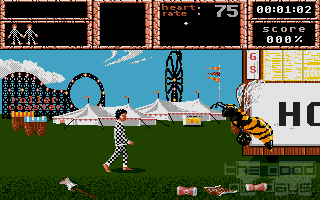