Yes! We've done it - weekly updates till the very end. Thanks to everybody who actively contributed something this year. Sixth anniversary is already approaching fast... oh well. Anyway, don't forget to check out Ballyhoo (PC) in spite of all the hectic these days.
Mr Creosote

As promised, another update: The Lurking Horror (PC). Another thing in addition - the bigger files are going down tomorrow for the rest of the year. Sure, they'll come back, but only about two weeks later. So please, spare me the 'why are the links broken' mails until then.
Mr Creosote

A new game added, Mystic Towers (PC). An old shareware from Apogee that as usual is simple and fun. Should be noted that it is still shareware, so it couldn't be added as download, but in the apogee page you may get the free, and incomplete, version.
Wandrell

My update streak will slowly be coming to an end now. It's always the same with these ups (playing lots of games and really being motivated to write about them) and downs (not playing that much, and then only games which are already on the site or not feeling like reviewing them). After more than one month of two updates per week, I'm coming to a slower period again. No idea if anyone will fill the 'gap'. Just wait and see. I can still promise a few things will show up this year in any case. Today, it's Moonmist (PC). Maybe I'll manage to keep it up with weekly updates for those few remaining days. On the whole, not a bad way to end a year, isn't it? Still one of the less active years here in spite of that. Next anniversary is approaching fast, so let's see what we can come up with until then...
Mr Creosote

Here we go again. And again, it's the game everybody expected. I mean, come on, you've had the previous two names in front of you for some time now, so it's really simple. For those who still haven't guessed: it's Suspect (PC).
Mr Creosote

Yet another followup of the last update. Not quite the same quality as the last game, but still a very interesting one for fans of mystery Adventures: Witness (PC).

In general 'news', yes, I've noticed the decline of the activity level on the site as well as the forum, but with the hits staying on the usual high level, I can't really explain this phenomenon. Being a passive consumer is such an easy life...

Added Deadline (PC) today. If you haven't tried it already, grab it immediately, because otherwise, you might not have the chance to finish it before you die of old age!
Mr Creosote

I guess some of you already saw the pattern of where this was going. Yes, it is Incubation (PC) next.
Mr Creosote

Yet another review of a fairly common game, but undoubtly one I spent lots and lots of time with: Battle Isle 2 (PC). The last PC game I bought which came on DD disks, actually. Four HD disks and one DD, to be exact. Just a piece of random trivia - the kind of which my head is full of for some reason.
Mr Creosote

1869 (Amiga) is a game which can be found pretty much anywhere, and it has been discussed in detail. Still, I wrote yet another review about it - because most of the existing reviews make me vomit.
Mr Creosote

Another month, another update. Ouch, this sounds bad! Initially, there was a reason for the rather low activity here recently, but I'd rather not go into it, because it's a matter of pure frustration. Let's all rather enjoy the latest game addition: Rock'n Roll (Amiga).
Mr Creosote

Seems like some things went wrong with the last update. First of all, I put the download of Might & Magic 5 into the wrong directory, so it didn't work. This has been fixed after many other people must have noticed the problem, but didn't report it. Smart move. Second, Might & Magic 4 was plagued by a copy protection question. The manual has been uploaded to get around this. Last, but not least, there's a new entry to the library: Redhook's Revenge (PC).
Mr Creosote

Here's another game: Shannara (PC). It got the same rating as the previous addition, even though I strongly dislike it and rather like the other one. I guess we all have to drop pure sympathy as a basis of judgement sometimes...
Mr Creosote

Here's the next game already. It's the one with most historical importance on the whole site - by far. Unfortunately, not the original, of course, but close enough: Spacewar (PC).
Mr Creosote

Almost exactly one month since my last review. No need for excuses, though - the site's still running smoothly even without lots of new contents from me personally. Here's Chase H.Q. (Amiga).
Mr Creosote

Yet another addition by Wandrell. I hope I'll be able to squeeze something in myself in the next days, too, but for now, here's Dungeon Hack (PC).
Mr Creosote

Wandrell saves the weekend once again by providing a fine review of Moonstone (PC).
Mr Creosote

Yet another requested game: Herby (C64). Not exactly the best or most interesting game, but I promised, so here it is. Game #350 by the way.
Mr Creosote

Another cooperation by Mr Creosote and me: Discussion review and walkthrough of Geheimprojekt DMSO (PC)
Tapuak

Rampage (Atari ST) added to the ST section. I wish I had written this game.
ardell

Yet another game review, written by Tapuak and me this time: Anno 1602 (PC). We couldn't agree on a verdict, but that just makes it more interesting, doesn't it?
Mr Creosote

A new entry for the ST section: Snowstrike (Atari ST). Not exactly a simulator, but not a simple arcade shooter either. Great time-killer and nerve-soother.
ardell

Here's a review of a game that's received generous bashings elsewhere: Bermuda Syndrome (PC). It's somewhere between action, platform, and adventure, which is a mix not to everyone's taste. But check it out, you'll either love it ot hate it. Download may become available soon.
ardell

New editorial by ardell (who seems to be covering pretty much the whole activity at the moment): Benefits of Gaming.
Mr Creosote

ardell sent in an excellent new introduction to the Atari ST which replaces the rather short and uninteresting old text by me. Thanks a lot!
Mr Creosote

First update after quite some time. The reasons have been stated here and discussed in the forum numerous times, so there's no need repeating them, as apparantely only very few people care. Anyway, enjoy Street Rod (Amiga).
Mr Creosote

Added Heart of Africa (C64). This is a rather unusual review as it has three authors: dregenrocks, Johann67 and me. We all played the game as preparation, and then met on IRC to talk about it - and this became the review you can read now. Of course, it isn't a raw log, but it has been edited for better readability and clearer points.

If you have any feedback about this reviewing style, we'd welcome it. There is already a forum thread about it titled 'Different review format?'. A good idea, or do you prefer the 'classic' write-up? With your opinion, you can influence whether this remains a one-time experiment or if it has future. Or just remain passive as you usually do. Whatever.

Another addition by Elwood. It's an RPG, which makes it even more valuable, considering how slim the site is on that genre so far. Anyway, enjoy Telengard (PC).
Mr Creosote

Not a new game this time, but an addition to an extremely popular existing entry. Dug out a Spanish version of Noctropolis (PC).
Mr Creosote

Yet another game review, this time written and donated by Elwood: WinRisk (PC).
Mr Creosote

Today, a game that's not quite a kids game, even though it may look it: Plok! (SNES)
Johann67

Yet another addition by me today: EVO - The search for Eden (SNES). Fun for those who believe in evolution and also for those who don't.
Johann67

Today, an small update by me: Majesty: The Fantasy Kingdom Sim (PC). While it doesn't really fit any genre, it's definitely worth the time spent playing it.
Johann67

Woohoo! Fifth birthday of The Good Old Days. An eternity on the Internet these days. In case you're wondering about the front page, that's how the site first went online on February 26th, 2000. If you're shocked - that's how the Internet looked in those days. No, it won't stay

So what great things do we have to show today? The biggest game addition in the history of the site. Seven new game entries, getting us up to 333 games on the whole. What a coincidence! All seven ones are Adventures. Six reviewed by me, and one by Elwood who kindly stepped in in the very last minute when I was close to total burnout from writing review after review. And because I know most people like newer commercial mainstream games better, six fit that description. My little birthday gift to you visitors.

Now, before you all go rushing off to the download links, here are some thoughts which came to me when I was working on getting games for this update together. I've written more than 200 game reviews for this site. That already way more than I ever dreamed of when I started it. Don't worry, I do know a few thousand more games which I could review in theory. However, I don't feel strongly about many of those. Five of the six games I've added in this update belong to this group.

It isn't about quality at all, there are still many excellent games left to review. It's about whether I think I have something to say about them. And that's the hard part these days: finding such a game. It's also the reason why it took years before any Lucas Arts Adventures appeared here: I absolutely love them, but there's nothing which hasn't already been said. Everybody knows them and everybody agrees they're excellent, so there's no need to tell anyone about them.

To a lesser extent, this goes for most games in existence. They might be good, they might be bad, but they're not overly interesting to write about. That results in reviews like these. Just like the games, not necessarily bad ones, but certainly more difficult to produce.

Now I don't know how to end this little rant. I guess I just wanted to let everybody have a little insight into the inner workings of such an old site and what problems arise. So, without further ado, here are the game additions in alphabetical order (if you're up to a challenge, try to guess which the one game I didn't have the problems described above with is and post your answer in the forum):

Phew... another weekend almost passed without any update. In the end, it turned out larger than I thought, actually. First, there's Zak McKracken and the Alien Mindbenders (C64) as a new game entry (not that surprising after the last update, wasn't it?), and I also dug up an English version of Hannibal which you can now download from here.
Mr Creosote

Everything should be sorted out now. For a longer explanation of what happened, check out this forum thread. Also, here's the direct link to the latest game addition again: Maniac Mansion (C64).
Mr Creosote

Sorry for the extended downtime, there has been some trouble with our host. I am perfectly aware that the latest game addition currently isn't in the database, I'll correct this later once I'm finished with fixing a few other issues.
Mr Creosote 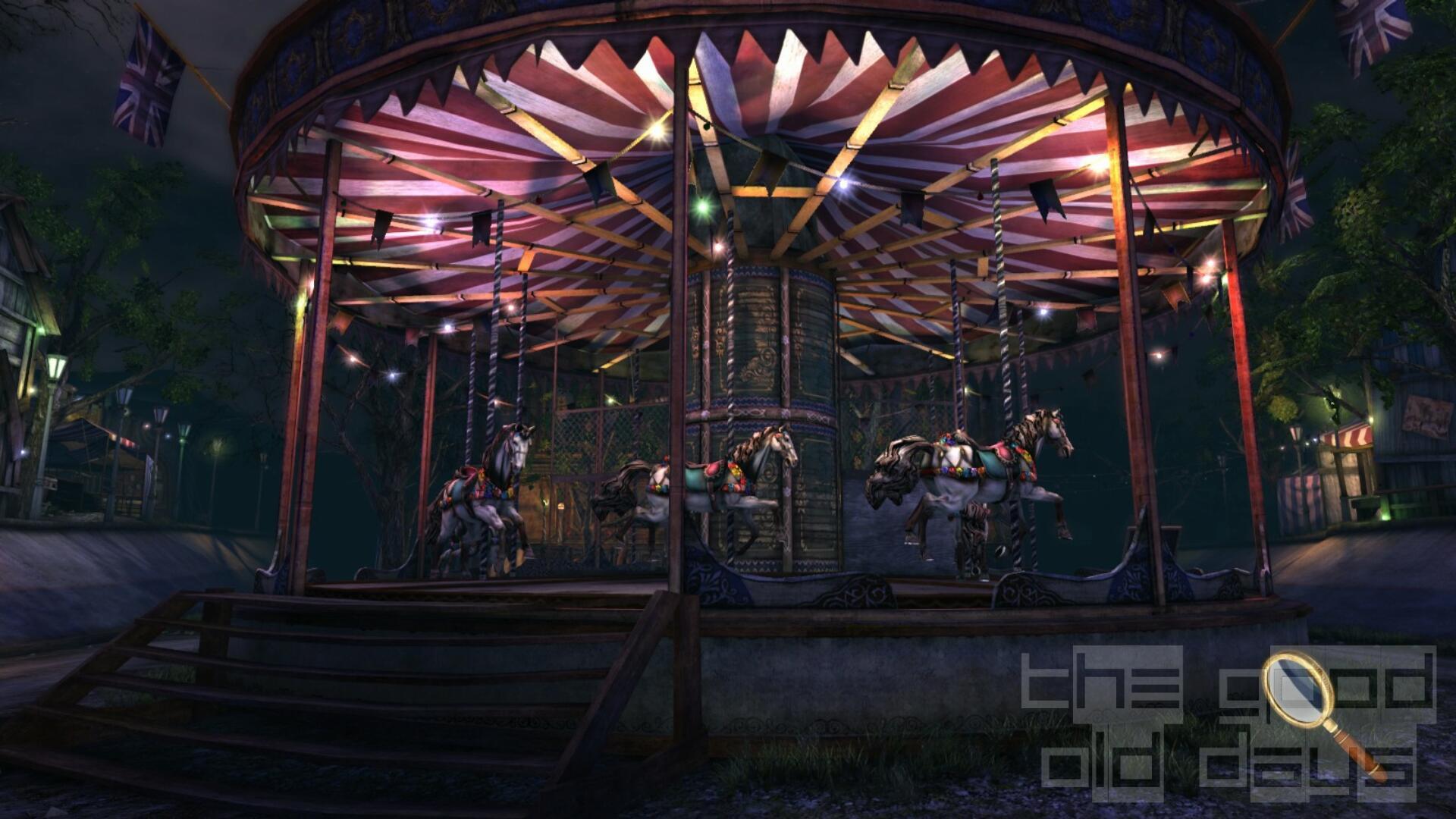